(Long post, no pictures) While attending RTC North America, i had the privilege of teaching a couple of classes. Its always an honor to have anyone want to listen to whatever i have to say. Unfortunately, for the particular topic i had chosen, i knew coming out of the gate it was too long for the time slot i had, and in a moment of #Malleristiclogic (def: thoughts in a Maller that appear justifiable and sound from a logistical point of view, but are widely received as insane and/or ridiculously stupid to others (read: Normal People)), i decided to shotgun it and try getting through all of the material.


Side effect: I was talking in a pretty rapid fashion, instead of watching and remembering the script for my slides, and some #Mallerisms snuck out. After this started some conversations, i had to explain about the different #Mallerisms that i occasionally let fly, and so i promised a short list, along with the defining (and differentiating) characteristics. (References to Revit are similar to "lets use this in a sentence." Let it be known that i adore revit, so this is not to mock the product.


Lets do this:
1. #BagOfFail: A minor series of circumstance, in which failure is obvious because of poor planning but good intentions. Bag Of Fail is kind of what happens when Copy Monitor tries to rename grids, and you start at a grid who’s new name is already in use. It’s a Bag of Fail.

2. #BagOfDisaster: Bag of Fail, at a nuclear level. Honestly, you should have seen this shit coming. Your plan sucked. Really. Bag of Disaster is like: Using Split Face and Paint. (Scott Brown says "Friends dont let friends use SFAP...")

3. #BagofSmashedAss: This is the MOAB of Bag of Fail. When a BagofSmashedAss presents itself, i cant help but wonder if someone woke up and said "Hey, lets see how bad we can **** this situation up, hey! Here is an idea!"


4. #Failboat: The Failboat is the entire situation which results IN the Bag of_____ above. When someone asks you the one word question of "Failboat?" you politely ask: "Have you ever seen an entire boat of Fail, that didnt sink?" They cant say no, which means it is legitimate. That, folks, is Malleristic.


5. #DinosaurArms: When imitating people whos decisions are often present in a Failboat and are creating a Bagof_____, evidently my arms become locked: Elbows to waist, and they just wave around. I was told they look like little T-rex arms, so now when we are imitating people while telling Lessons learned, we have #DinosaurArms. Rawr. All up in this.


6. #Buttdyno: Its like when youre driving a Ford Fiesta but you think youre fast. You arent. So when youre working in a Model Group, and you think its small enough to be legit? Use the Butt Dyno. Yes, youve been working for an hour. No, you havent saved. The Buttdyno says youre in trouble.
7. #AssAche: Its really just less syllables for Pain in the Ass, right? Sometimes when i work with Stairs and Railings, i yell out what an assache it is. I cant afford the extra syllables, since im trying to efficiently model stairs and railings. (But if you took the class by 2*Manna's+D-Light, you can probably say PITA, since they made you better at Stairs than i am, thus you have more time. (I heard the class was sweet...)


8. And of course... #Screwtastrophe. Its the PG version of a similar word that is one letter shorter. A #screwtastrophe is the PLAN for the Failboat, resulting in the Bag of ______. Copy Monitor is definetely a screwtastrophe, but then again... So is playing VBall with sunglasses on your head, and so is swimming underwater in a 2 foot deep pool.... As i validated the night prior. So is.... Falling off the back side of the stage. It takes talent, to be that kind of a #Screwtastrophe. You get a PRIZE for that. =)


There you have it. If you hear a #Mallerism in the wild, be sure to post up. It catches, like a cold. Ive heard people in the office referencing Bag of Fail. Its the #VocabthatBIMBuilt. 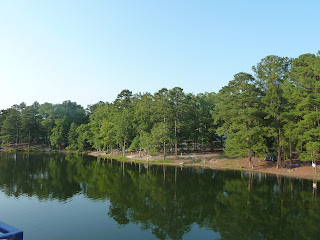 Most of us have made it back home by now, after attending the Revit Technology Conference North America, in Stone Mountain Georgia. Compared to other conferences i attend, what i enjoy the most about RTC is that since its a smaller occasion filled with the people pushing on Revit as hard as can be done, its a great venue to really have some serious conversations with those same folks.  That also means an elevated technical level, in many of the classes.  While i went in with that as my expectation, it was even more present than expected, in execution:  Some of the classes were simply badass, in what they showed off.

I have to say that my *only* regret, was that i didnt get in to ANY of Marcello Sgambelluri's classes this year:  Two were during my classes, and the third was during a class i have a pretty vested interest in (The Material Editor in 2013... and Props to Harlan Brumm for teaching it, that couldnt be a fun class to teach this year). (Also props to Marcello for teaching three!)  I heard nothing but amazing things, and if i could have cloned myself, id have been in all three.  Of course, if there were two of me at this conference, im pretty sure no one else would have stuck around.  Evidently one of me was enough.

I wont go classs by class, because pretty much everything i sat in was a great experience.  Scott Browns class on Interiors in Revit, however, was absolutely insane. 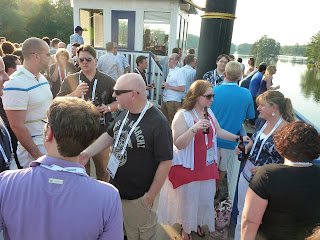 The conference itself... I tip my hat to the committee for what they set up for us. Perhaps a bit ironic that Bentley was the main sponser, but what the heck do i know about anything?  The fireside chat, with Dick Morley, was intense. Not intense like "woah, really?" but intense like:  "Yes, we have someone here who can talk about innovation in ANY dimension," and that really struck home with this being a "Revit" conference, and all the directions Revit can now push us in.  Awesome, for that. 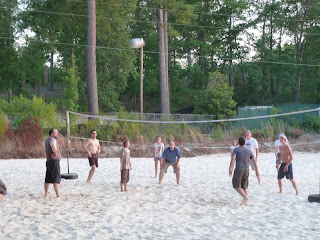 The second night Bar B Que dinner was awesome, boat ride included.  No one can control the summers 105 degree heat, but it wasnt stopping this group (although we did assault the pool later, and the pool fought back).  When we ran out of tables, we converted the foyer fixture pieces in to one, and then it was on for some no holds barred (and no rules) beach volleyball.  John Tocci and i are now a part of the club called "hit in the face with a VBall by a fellow BIM-er."  In his defense, i was the one that hit him.  Oops. In defense of whoever hit me, well... I have a huge head and it was obviously in the way.  #Failboat. 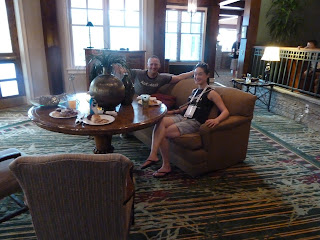 The third day did not fail to raise the bar.  Again, amazing classes. (Even if i failed to make one while i tracked down my belongings...)  I said it on Saturday and ill say it again:  THIS is the conference and the group of speakers i want training every user i work with.
Glorious Gadgets really DID show some interesting devices, and Desiree Mackey and I joined another club called "You get a nice tablet stylus as a present for being someone who FELL OFF STAGE while presenting."  That, encompassed with having to #dinosaurarms in front of everyone, and it was time for dinner (and a drink)! 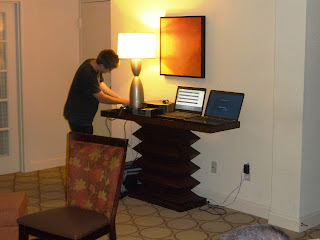 The Gala dinner was great, (amazing conversations... You folks always inspire me), the Packway Handle Band had some entertaining Bluegrass for us (which i enjoyed.  The music was great, and if you dont think so, i support your right to be wrong!), and it was a perfect way to close the conference.  I also have to give a shoutout to @jakeberrettdj, Jake Stafford.  A few of us were lucky enough to have him fire up some tunes for us while kicking back after the Gala.  Two years in a row, #MusicByJake at RTC.  I hope thats a tradition we get to keep having.
RTC is an event i happily attend running through a Saturday, and if it was a day longer running through Sunday... Id have been there too. The only bad part about the event is it has to end.  Until the next one!

Looking forward to the 2013 series, and im planning an honest attempt to make all three.

There was some serious camera equipment there, not counting mine.  Sadly, mine had the settings all jacked up from being in extreme daylight in Washington DC, on my way to RTC.  Still, i will post a link to a public folder, with the few pics that turned out alright, shortly.  See you all in Vancouver! (And Delft?)

EDIT:  My public pictures are HERE. They are mediocre at best, though. Darn camera settings!