It always amazes me when i look back at the blog and realize three (or five) months have gone by since ive had a chance to update it.... But thats how the last few months have been. 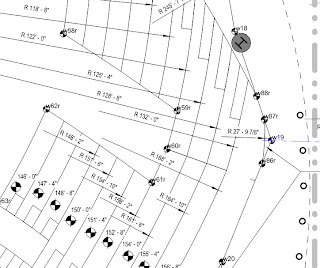 Since the last post on the Deployment Debacles from 2013, ive been a Maller on the road:  A stop in Toronto to talk at SolidCAD university, while visiting my hometown in New York, and then the typical 4th quarter jaunts to Autodesk University and the Autodesk Gunslinger event.  But more recently, i was able to finally spread my wings farther than the confines of North America, to make my way to London for a respite from my day to day.
Being the passionate work-crazed folks that we all are, of course i turned the personal vacay in to an opportunity to meet with several of the BIMCrew's in the United Kingdom.  There were several nights out with folks from the UK Crew (as well as meeting a fellow RFO enthusiast!), and there was a quick run to Scotland to speak with the awesome folks at the #GRUG.
While this post is light on technical content, i HAD promised both the SolidCAD crew and the Glasgow Revit Users Group that i would post the presentations that i gave, for them to download and look back on. 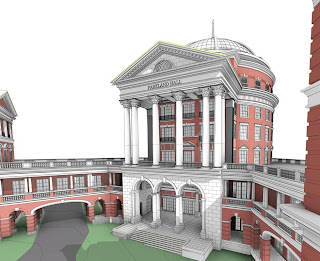 Presenting and talking with folks in other countries was an eventful experience for me, though.  Having made Twitterquaintance with more people off North America than on it this year, its been an experience to discuss differences- not just in culture- but the state of our governments, the state of our industries, and how it impacts what we all do and champion in our work environments.
What started out as a conversation on leveraging Design Models for Fabrication in Construction at the #GRUG turned in to a conversation about what to share with people downstream (everything), who to let in to your models (everyone), and how to navigate those waters contractually.  Therein, the differences in countries became paramount, and i was excited to spend time talking about such things.  At the end of the day, all the complex modeling in the world is useless if the *people* in the process cant or wont leverage such things.
The differences were staggering, but in neither a positive or negative way.  Time spent abroad- watching other peoples movements, talking in slightly varied vocabularies, and questioning the ins and outs of traffic patterns (special thank you to the wonderfully special person who pulled me out of traffic at least ten times when i tried crossing the wrong way) made me stop and think a LOT about Revit and Modeling: 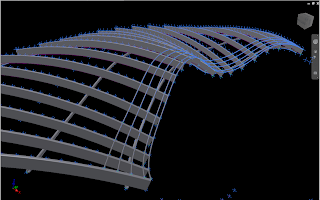 That countries and locales function so differently in many ways, is it the best we can do to know our own devices and methods?  The constant joking we did all week long about Imperial versus Metric, and about driving and shifting transmissions from the wrong side of the car (Darryl...) made me realize:
Its really not enough to be doing the best that i can in one country.
Ive met so many insanely intelligent people working towards the same goals, but were all working on islands (pun intended) seperated from one another, but working towards the same goals nonetheless.  Certainly there are limitations (in pay grades above our heads (IE Decision Makers)), about how many resources we can share, but the more i look at this the more i know we (as a small group of BIM enthusiasts) are meant to do more than push our offices farther.  We need a vehicle, for reaching a Global platform.  More on that later. 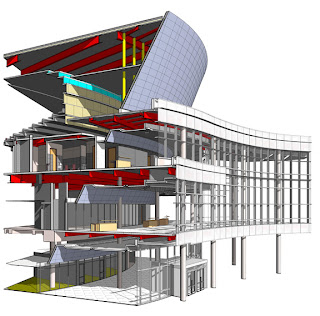 So, for the imagery... If youve seen these presentations before, i apologize for being boring.  But as i promised the SolidCAD Crew and the GRUG crew, find the PPT's and PDF's at the links below. Because of the way my powerpoints are always set up, i get that the images dont read well in the PDF's.
There are also videos in the presentations, which are hard to upload and tie back together.  If you ever want to see the videos, shoot me a message.  Happy to share or host, if it is of any value to someone.


Glasgow Revit Users Group- PDF.
Glasgow Revit Users Group- Powerpoint
SolidCAD University 2012- PDF
SolidCAD University 2012- Powerpoint
By the way, i hpoe it goes without saying that i dont post these thinking they are anything more than what they are:  One small groups workflow that happens to get us through some specific needs.  They arent an end all solution for the industry, to be sure.  Having said that, please email if you ever want any of it explained.  The more people we push ahead, the better.
By the way- Here is a video from Youtube.  Its the Chrysler Motor Corporations full advertisement for the new Dodge Dart.  If you are in the US, youve probably seen this.  If you were at SolidCAD Uni, i played it at the beginning of the lecture.  While its entertaining, its also extremely relevant.  (The Finance Guys, and the Committees... Who are they to you?)
Have a laugh, but get inspired too... Even if its not that great of a car. :)